PR Index is a unit-based billing system that quantifies PR activity. Developed by Marcus brewster, it is our proprietary methodology and is applied across the board to all of the agency’s clients.

In its simplest terms, the Index assigns a set number of units to the most common media and public relations tasks we perform. It’s like having a restaurant menu of options from which to choose with the cost clearly delineated upfront. Each unit becomes a building block, enabling the client – together with the agency – to design and construct an appropriate campaign that delivers measurably against client budgets.

Outside of the PR Index, marcusbrewster bills on an hourly rate for consultation and non-media activity. Hourly rates are amortised into units and reflected on timesheets as PR Index units.

marcusbrewster employs its proprietary, deliverable-driven billing methodology – the PR Index – as its core model; making it easier and more effective for both client and agency to create an auditable trail of fiscally reconciled PR and Communications activities.

marcusbrewster also makes use of several reporting and measurement methodologies to track success and progress on strategic implementation: 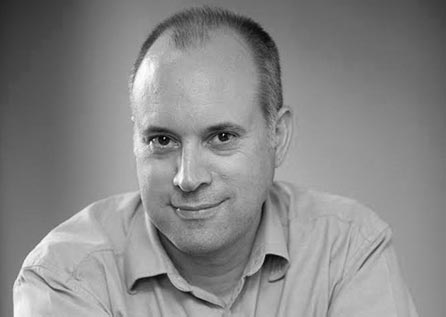 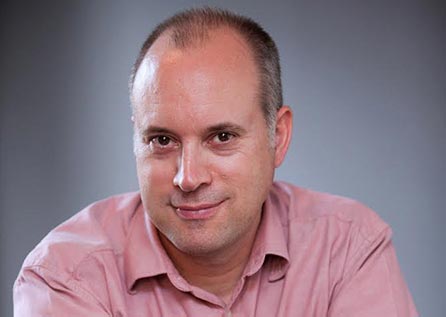 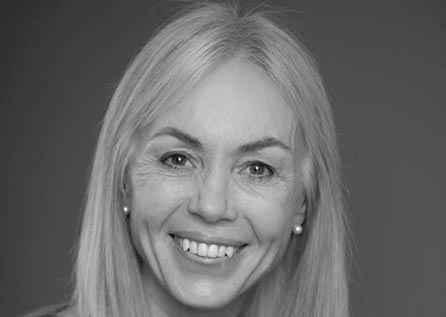 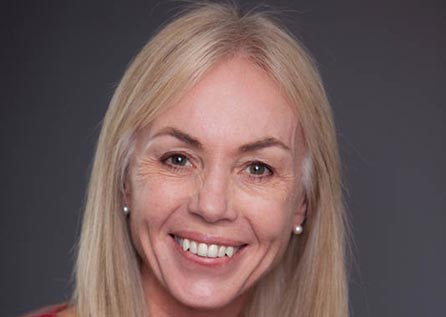 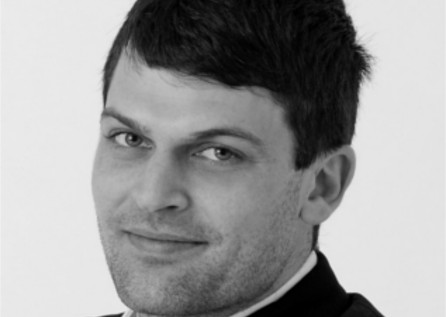 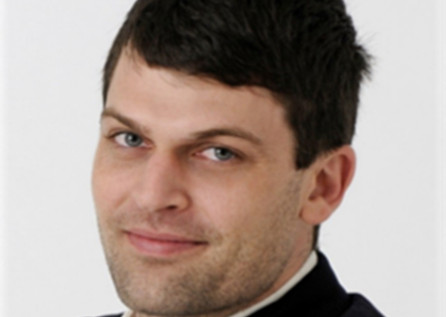 The undisputed heavyweight champion of public relations in South Africa, Brewster is the most awarded professional in the field. In 2010, his firm was named the FinWeek AdReview PR Consultancy of the Year, as well as the UK–based PRCA’s 2010 Global PR Consultancy of the Year; South Africa. In 2011, his firm again dominated the PRISM Award ceremony for PR
Excellence with an unprecedented fourteen campaign win across eleven categories, including Golds for Corporate Communications, Social Media and Consumer Public Relations.

Named one of the 10 Most Influential People in Communication and PR, Brewster is also a recipient of the PR industry’s highest honour, the Ivan O’Brien Leadership Award.

Brewster’s early years were spent as Group International Promotions Manager for EMI Music SA, working on both the label’s international roster as well as their local signings. He then served on M-Net’s external PR team and was involved in celebrity visits, film premieres and events, as well as programme production and publicity.

In July 1995, the company was restructured and re-launched as Marcus Brewster Publicity. This was part of a strategic focus to separate editorial media liaison work (Publicity) from the value-added marketing services work in eventing, production, sponsorships, launches and functions (Promotions).

A new division, Marcus Brewster Celebrity, was launched in November 2001, followed by a Johannesburg bureau in 2002. A corporate communications practice area was opened in 2005.

Brewster has first-hand experience in television production, having achieved national fame as one of the judges on the first season of the hit television reality show Idols in 2002.

Outside of the profession, Marcus’s interests include book collecting, architecture, visiting foreign countries and the archaeology of legacy civilizations. Combining these latter two interests, he has been on expeditions to Egypt, Turkey, Peru, Cambodia, Vietnam, China, Mexico and the Mayan sites of MesoAmerica. A noted movie buff, he has an extensive library of films – and memorabilia – from the golden age of Hollywood. He is also a contributor to various magazines, for whom he writes on travel.

Marcus Brewster is chairman of Wola Nani, an NGO in the HIV/AIDS arena, on whose board he has served since it was founded in 1994. Brewster also sits on the Cape Peninsula University of Technology’s PR Industry Advisory Committee.

Angela Elkington moved to Cape Town in June 2002.
She studied accountancy and business law in Zimbabwe and holds an A-grade diploma in accounting.

Equipped with years of experience, Angela joined the marcusbrewster team in August 2003 in the capacity of Chief Financial Officer, and assumed the additional COO mantle in 2006.

Andre Fourie is the Managing Director of marcusbrewster. He has worked in public relations, advertising and marketing agencies for the past 10 years, applying his strategic leadership skills to campaigns for fast-paced tech startups, tourism destinations, business organisations, large-scale sport events and national political parties.

Andre is responsible for driving the agency’s long-term vision and profitability. He specialises in strategy, content development and feature writing, issues management and top-level client service and strategic counsel.

What our clients say

“From our side, we have nothing but praise for you and your team – and we were proud to have recommended you! Right from the outset, we were impressed with your teams’ professional approach and we felt totally confident in your progress – and ability – at all times. We appreciated your inclusive approach of keeping us in the loop on everything. The media launch in Cape Town of course, was a huge success and the PR elements likewise exceeded expectations. We hope to work together with you as often as possible.”

“I cannot completely express how satisfied I am with the manner in which the PR leg of our campaign was created and implemented, we have been positively surprised. I feel that the PR leg of the campaign was implemented the best, without any hiccups or issues. For this, I am incredibly grateful to Saadiyah and the marcusbrewster team for making this process as streamlined as possible. As a result, I will definitely continue to recommend your agency to my colleagues. Once again, thanks for your service.”

“MBP has been innovative in using an array of strategic PR platforms to ensure that the health and development messages that JHHESA is seeking to promote are addressed through not only health journalism but also in the terrain of entertainment, sports, etc. The interventions by MBP have been extremely successful in ensuring the placement of the JHHESA brands in the minds of the intended target audience. In addition to supporting the PR efforts of JHHESA, MBP have been strategic in supporting our internal communications with stakeholders including the JHHESA newsletter, the web and social media platforms used to support the campaigns. In addition to the PR support, MBP has used its position to support the development of strategic partnerships with other corporate clients of MBP that have ensured further reach and traction of our campaigns.”

“The Africa United campaign, along with the PR and communication activities conducted on our behalf by the agency delivered results beyond our expectation. MTN commends marcusbrewster for the exceptional implementation of a sound strategy wherein a significant portion of our 2010 FIFA World Cup South Africa sponsorship leverage and consumer communication was seeded during the period.”

“The value that marcusbrewster has added to the National Zoological Gardens of South Africa, and will continue to add, is tremendous. Your Johannesburg office does you proud on an ongoing basis and we look forward to some exciting activities as we launch two new experiences together.”

“Time and again, the agency’s publicity clips have made the phone ring and we have secured many contract enquiries which were solely attributable to the agency’s many outreach initiatives. My business unit has eschewed all other forms of marketing in order to focus on where we enjoy the most direct return- and that is public relations.”

“marcusbrewster is an outstanding media relations practitioner. The staff are always available when we call, even after hours, and consistently maintain a friendly, polite and professional demeanor.”

“marcusbrewster is one of the most professional media relations agencies in Cape Town, if not in the whole of South Africa. Outstanding … a league above its peers.”

“In a space where there are too many run of the mill PR practitioners and glorified party planners calling themselves media relations professionals, marcusbrewster is a definition of what the industry should and can be, and stands head and shoulders above their peers.” 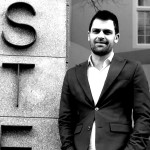 Integrated PR and strategic communications agency marcusbrewster has heralded its… 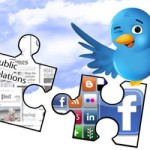 In PR, don’t forget to serve the main course

by Andre Fourie In all the hype of new social… 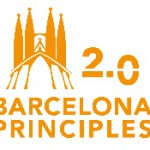 The PR pro of the future

by Andre Fourie My daughter recently turned two. It's been… 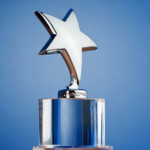 Integrated communications and PR consultancy marcusbrewster has been named 'Best… 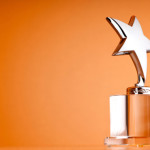 Integrated PR and strategic communications agency marcusbrewster has been recognised…

Five things the PR industry does that undermines its value

by Andre Fourie Over the past ten years of working… 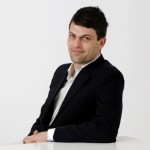 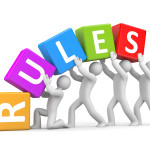 The Four Rules of New PR

By Nicole Spruijt  Technology innovation has impacted every sector of… 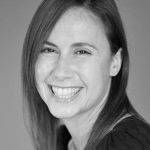 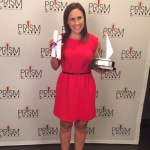 How to Spell G-O-L-D in Public Relations

At the 2015 PRISM Awards for PR Excellence, marcusbrewster’s campaign… 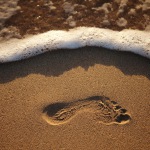 By Monica Braganca I’ve often said that I walk away… 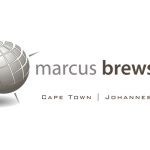 Intergrated PR firm marcusbrewster has announced the appointment of two…

Saadiyah Hendricks has been promoted to Senior Account Manager at… 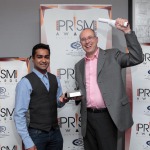 The commencement of a year is always manic time, especially… 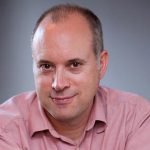 2015: Putting the PR into PRediction

Catch the Wave or Wave Goodbye The incredible thing about… 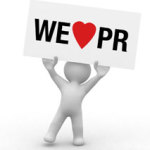 As most people start heading back to work and new… 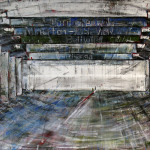